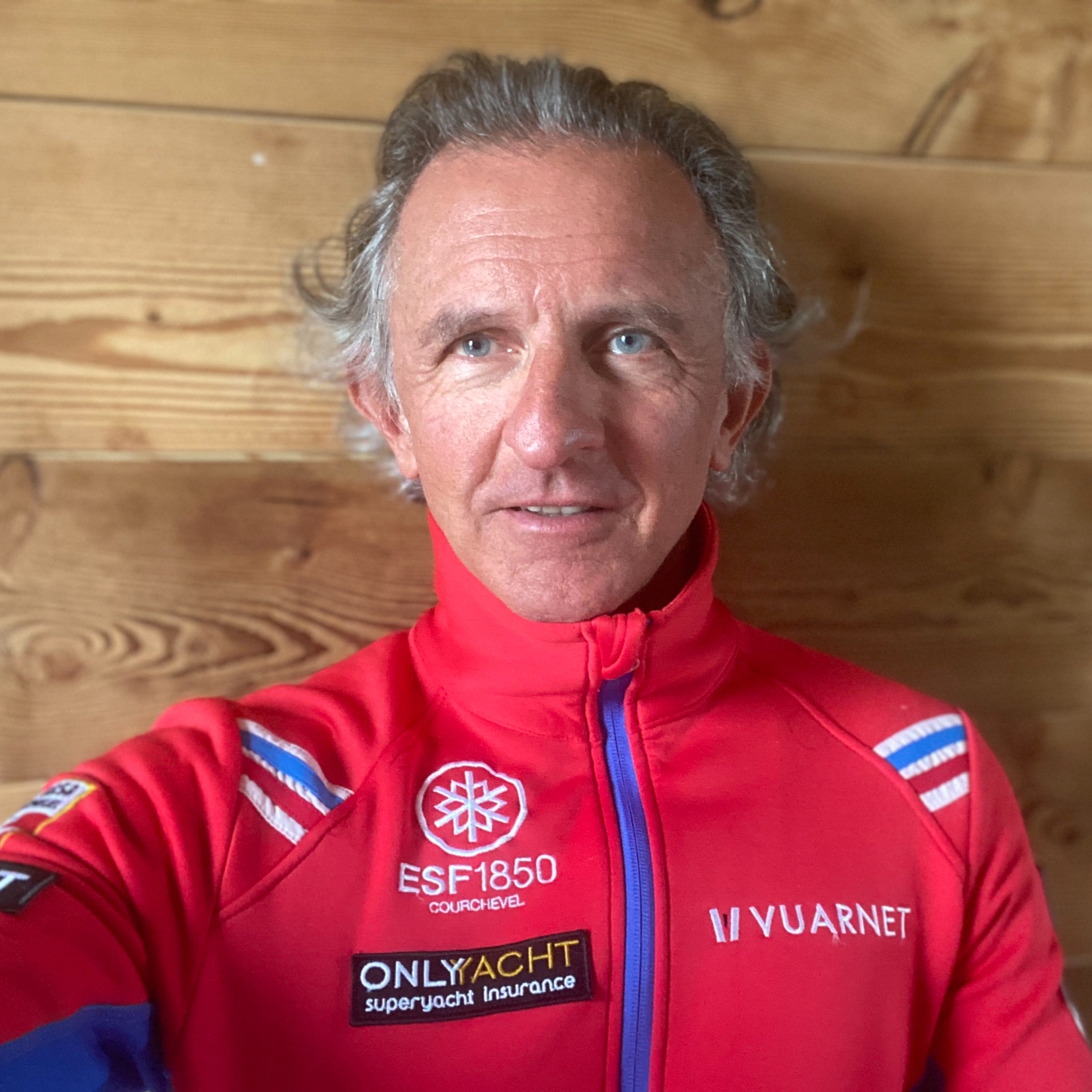 Eric has been a ski instructor for 32 years. Specialised in teaching skiing to children, he also instructs ski touring and off-piste skiing.

Former competitor, Eric is carried by his love for sliding sports and his will to share his expertise. Since 1985, he guides his learners on the slopes with the same passion.

Experienced instructor, he discovered Courchevel 1850 thanks to one of his friends, also ski instructor. He doesn’t get tired of rediscovering the slopes every winter season, among which his favourite one- Les Suisses.

Eric has already skied in Italy and gave lessons in Switzerland. From these experiences, he retains that French ski runs are the best ones, especially the Lauberhom, the Jockey and Bellevarde.

Apart from his activity as ski instructor, Eric appreciates golfing, fishing and cycling- three hobbies in which he also finds the sensation of freedom he has on the ski runs.