Originally from Savoie, Valentin has been developing within the alpine universe from his earliest days. He has been passing on his passion in this idyllic scenery for 6 years now.

It is at the age of 13 that Valentin undertook the practice of ski on his own. It worked like a charm and ski immediately became his greatest passion. After he practiced in Courchevel Sports Club, the decision to teach there seemed obvious for this mountain-lover.

As a matter of fact, it is this exceptional setting which encouraged him to become a ski instructor, as well as the continuous practice of this sport.

For several years now, Valentin has been dedicating his time not only to skiing, but also to snowboarding and other kinds of sports directly or indirectly linked to sliding. Incidentally, he particularly appreciates this sensation, which enables him to move smoothly on the slopes.

Specialised in competitive skiing, Valentin likes to communicate his passion to children. His method to help his young beginners to progress is simple: the instructor should always be attentive to them in order to give the best advice. For that matter, his greatest reward is the cheerfulness as well as the persistence of his learners during his lessons.

Valentin is completely bilingual and would be happy to make you discover the slopes either in French or in English. His most hardworking pupils will perhaps be lucky enough to hit his favourite ski runs with him- among which Les Suisses, Park City, La M and La Bioley.

He is always full of benevolence when talking about the renowned Ecole du Ski Français. To him, if you want to work well in this establishment, you always have to be close to the customer’s expectations as well as showing versatility.

This great sportsman plans to roam Norwegian fjords in ski touring. So far, he only had the opportunity to ski in Italy (La Thuile) where the atmosphere and the skiing area were quite similar to France. As a real specialist of French slopes, there is no doubt for him: the most beautiful slopes in the world are Bellevarde (Val d’Isère), La Sarenne (Alpe d’Huez), La Combe de Saulire (Courchevel) and L’Aiguille Rouge (Arcs).

Even though Valentin doesn’t have stable employment outside the winter season, he desires to become a physical trainer for ski. He practices running and obstacle races with passion. As he is very handy, he also likes dedicating his free time to the making of wooden lamps. 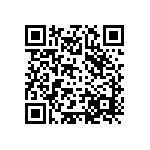