Originally from Albertville, Alain skied for the very first time at three years old. From this day, the passion for skiing has never left him, this is why he quickly joined the olympic ski club of his hometown. Alpine skiing specialist, Alain greatly improved during competitions between his 9 and 15 years old. Teaching ski was the logical path for Alain who wished to share his passion for the mountain and skiing. Thus, since 2010 he has been sharing his sharing in one of the most beautiful domain of France. For him who has been a ski instructor at esf for many years, this school represents french skiing at its best!
Outside the slopes, he works as an urban rope access technician as well as in the public works area. His diverse hobbies include climbing, highline, mountain biking, motorbiking and longboard dancing. His favourite slopes in Courchevel are the Combe de la Saulire and the Col du Fruit. 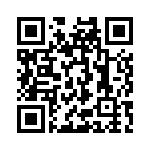