For 27 years, Cédric has been working as a ski instructor.

After having taught in several ski resorts of France such as the Southern Alps, he decided to settle in Courchevel. This diversity enabled him to get a different perception of his work. He has been teaching at ESF Courchevel for more than 15 years, and cannot see him working in another place. Carried by his love for sliding and his will to share it, he passes on the techniques of this sport every winter to new learners.

What Cédric likes is being able to teach while having fun and making his learners discovering new sensations. As a matter of fact, he likes recalling the moments he spent with learners who improved with him over the years.

Originally from Provence-Alpes-Côtes d’Azur, Cédric started skiing at the age of three. Today, Courchevel has adopted him. He likes being the first one to leave his footprints on the snow of the Saulire. Whenever he practices ski touring, he likes going to the forest of Arolles or to the Rocher de la Loze.

He especially likes the sensations of sliding and freedom this sport provides. But he also likes the fact that you can practice this sport with your family as well as with friends or pupils. High-level skier, Cédric took part in snowboarding competitions for ten years, and even managed to rank among France’s top ten. He was rewarded in French Championships, especially in border crossing. More recently, he distinguished himself in Alpine skiing over 9 participations at Perra Menta, a competition that elites of this discipline attempt.

When not on the snow, Cédric works as a shopkeeper and runs a coastal resort. During his free time, he likes cycling, riding his motorbike, winter racing and climbing. Even though he never carried out a skiing expedition, he often practiced in various European ski resorts and for him, one thing is certain: Courchevel is the best place for winter sports.

Naturally serene and patient, Cédric likes teaching, regardless of the level of his learners, whether novices or fans of freeriding or else ski mountaineering. With Cédric, you can enjoy his years of expertise as well as his good knowledge of off piste skiing. 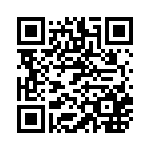