My specialities are : Handiski, Off track et Snowboard

After many years of travelling, Christophe decided to settle down in Courchevel. He has now be teaching for 35 years.

Christophe discovered skiing at the age of six. He hit his first slopes in the Atlas Mountains in Morocco, halfway between snow and sand. Since then, this passion never left him. Raised in Africa between Guinea and Morocco, this citizen of the world, as describes himself, decided to make a living out of skiing. He has been teaching for 35 now. Before Courchevel, he worked at Serre-Chevalier and Chamonix ski resorts. So many places which gave him a deep knowledge of the mountain and of its diversity.

Mountain and outdoors-lover, Christophe quickly knew that he wanted to work as a ski instructor. His arrival in Courchevel was self-evident, for he has family ties in Courchevel. In fact, his great grandparents from Marseilles were the first to settle in the village before the war.

Very attentive to his learners, Christophe likes to learn from others as much as he likes instructing. This is the reason why his teaching skills improve from one season to the next and varies according to his audience.

To him, skiing is synonymous with freedom. He especially likes sliding, speed and nature. When not on skis, Christophe teaches underwater diving. He also owns eight hives and pampers his bees in the summer months. Whenever he has free time, he likes going to the cinema to enjoy a good film.

Christophe is also a great traveller. He has tasted the powder snow of several other countries. Incidentally, Canada remains one of his favourite destinations. He gives a special mention to Austria for its alpine diversity, its atmosphere and its architecture. However, to him, the most beautiful slopes in the world remain in Courchevel; he especially likes Jean Blanc and Bouc Blanc. According to him, Les Crêtes and La Combe du Vallon at Méribel are also worth the journey. 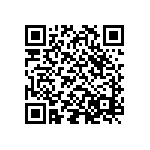