Jean-François, passionate and patient instructor, has been teaching skiing since 1983.

Originally from Cavaillon, Jean-François has worked as an instructor since 1983. Though he was born far from the slopes, he started starting skiing at the age of 4. Quickly at ease, Jean-François enters the local club of Praloud and starts competition.

Driven by his passion for skiing and pushed his father, Jean-François integrates the ESF whose quality and seriousness he admires.

In order to teach his students how to ski, this experienced instructor counts on simplicity and a technical vocabulary accessible to all.

In love with great outdoors and the freedom they offer, Jean-François especially appreciates the spring snow, on which he enjoys sliding with his long-time clients, the Rodriguez. Keen on snowy peaks, the instructor climbed the Monte Rosa in Switzerland. Lower, his favorite slopes are Biollay, Saint Martin de Belleville, Combe de la Saulire and Jerusalem.

Outside the slopes, Jean-François is a ready-to-wear shopkeeper. As comfortable on the snow as in the water, he also likes diving and sea fishing. 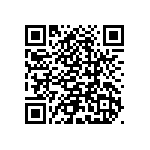