My specialities are : Off track et Snowboard

Jean-Pierre, who has been teaching for 20 years, passes on his knowledge with passion to any audience from novices to good skiers who wish to improve their technique.

As a true ski enthusiast, Jean-Pierre is very careful that each of his pupils improves while having fun with trust and without much difficulty.

Originally from Chambéry, this experienced instructor joined the ski school for he admires the unity of its teaching as well as the brotherhood among all its members.

Before becoming a ski instructor, Jean-Pierre was already sharing his love for ski through another occupation: he worked as a sports coach and was in charge of the slalom stadium of Courchevel 1850. In this resort, he particularly enjoys hitting the ski run of the Loze in the morning and crossing the Avals in off-piste skiing and in ski touring.

Jean-Pierre started skiing at a very early age and since then, he still takes pleasure in skiing and admiring the beauty of the snowy slopes. Also working as a sports coach and manager of a nautical centre in the summer, he teaches sailing and paragliding with the same satisfaction.

Former competitor, Jean-Pierre took part in professional competitions in parallel slalom in California (USA). From this enriching experience, he keeps unforgettable memories, as the smiles on his learners’ faces when they managed to progress with no apprehension.

When not on the slopes or teaching paragliding or sailing, Jean-Pierre may be on a golf course or on a bicycle. 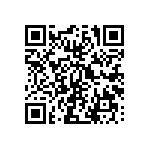