My speciality is : Competition

Instructor recently, Kevin is in his element when he puts on his skis to guide his students.

In both English and French, Kévin has been teaching skiing for three years in the Courchevel resort, which he has been frequenting since the age of six. Skier at heart, this instructor grew up in the practice of this sport from an early age and ventured into competition for a decade, collecting several rewards on a national scale.

He also competed at the European level, which gave him the opportunity to travel to Germany, Italy, Austria or Switzerland. For him, the most beautiful slopes in the world are the Saulire, located on the area of the Trois Vallées, Bellevarde and the stadium of 1850.

Teaching skiing in Ushuaia is among his most striking memories because of the difference between this island and our country regarding competition approach. During his lessons, Kévin has his heart set on combining progression and fun, as much as possible. Thanks to his experience of sport and his two winters in the UCPA (National Association for Outdoor Sports Centers), he exercises an educational and meticulous approach that meets the desires of aspiring skiers.

Kevin started skiing when he was 4... and although he went skiing in countless resorts, Courchevel remains his favorite. He met a lot of students, but he remembers his first group as if it was yesterday. He gave them a taste for competition and slalom.

Quality, professionalism, expertise, that is what the ESF evokes for Kévin ; these values, he follows them very closely during all his lessons. If you like slalom or the unique sensations you get when you slide on powder snow, you will for sure get along with this instructor : he loves that ! As much as he loves sailing, an activity he practices in summer as a trainee instructor. 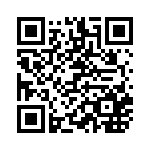