Louis discovered his passion for skiing at the age of two! In order to perfect his technique, he took part in many competitions until he was 15 years old and was rewarded several times. Becoming an instructor was an obvious choice for Louis who wanted to be able to transmit his love for skiing to as many people as possible. In order to instill the basics of skiing in the best possible way, Louis focuses on learning through pleasure while providing technical advice at the right time. His best teaching memories are the medal ceremonies of the children he taught.
At the end of the ski season, Louis works as a surveyor. Overflowing with energy, he enjoys running and playing tennis. Thanks to the sports club, he had the opportunity to ski in Ushuaïa and thus discover a new skiing culture. In Courchevel, his favourite slopes are the Loze in early morning and the Combe des Pylônes. 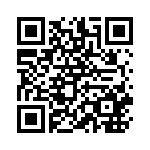