Originally from Gers, Nicolas Dessum grew up in Courchevel. This instructor is passionate about snowboarding, cross-country skiing, ski touring and off-piste skiing. Led by his love for mountains and for sliding, he has been passing on his knowledge since 1999 with the same passion,

Nicolas, who discovered snow sports as early as two, evokes a real case of love at first sight. For him, skiing is a moment of intense pleasure, whatever the speed and the level of his learners is. What really matters for him is the beauty of the landscape, in which sliding sports enable you to develop.

He has been teaching in Courchevel 1850, his favourite resort. It is the place where he grew up and where he knows every nook and cranny, especially his favourite ones: La Combe de la Saulire, starting with La Vizelle and then La M-he advises. Or you could start with La Combe des Pylônes, which he recommends for the most athletic ones.

Before starting teaching, Nicolas practiced downhill skiing at a competitive level and high level ski jumping. He therefore became a ski jumping coach within the French Ski Federation, all year.

Nicolas, who already had the opportunity to ski in different countries (Switzerland, Austria and other European resorts), became aware that Les Trois Vallées skiing area is for him the best one.

This instructor counts on a simple pedagogy to teach at best his favourite disciplines to his learners. He also practices speed riding and free falling. Yet, his favourite hobby is by far his family, whom he appreciates spending time with. 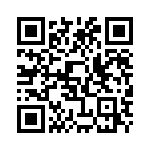