My speciality is : Skiing

Pierre was one of the first instructors of ESF Courchevel.

Parisian with German origins, Pierre has taught skiing for 55 years. Pioneer in his field, he launches short skis in Europe in 1966 with his partner Robert Blanc and is one of the founders of the ski resort Les Arcs.

Pierre starts skiing at the UNCM, the ancestor of the current UCPA, a youth leisure center. Then he works on himself to join the army, where he becomes a Skier Scout.

This passionate sportsman joins Courchevel in 1951, called by Émile Allais, who was looking for an instructor fluent in English. At that time, only three skiers were teaching on the area. Now the instructors are so numerous that Peter struggles to know them all !

In the practice of winter sports, he enjoys feeling the sun, the snow, the trees... What a pleasure for this instructor to share slopes with his longtime friends, to meet other ski fanatics and to bring together all this beautiful world around the table of a good restaurant at high altitude...

Pierre, who skied a lot in Austria during his military service, also guided clients in America and taught in other ski resorts : Les Arcs, Seefeld, Zurs, Cortina, Saint Moritz and Saint Anton.

Pierre has only good memories of his 55 years of teaching. He remembers starting his career with Johnny Hallyday, and then guiding many other personalities on slopes such as Isabelle Adjani, the sisters of President Kennedy, Donald Campbell, etc. But most of all, he met his wife : Silvia Monfort.

In Courchevel, Pierre loves the Loze slope and all those that lead to the Tania. He also likes the slopes of Lognan, Val d'Isère, Chamonix, Zurs, Seefeld, and so many others. 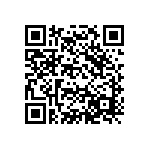