My specialities are : Heliskiing, Off track et Skiing

Pierre discovered ski at the age of 7. He immediately knew that he would one day make his living out of it.

After decades of teaching, Pierre stil instructs with the same pleasure. He spent his whole childhood and adolescence teaching in several ski resorts in Chamonix, especially in Argentières, Saint-Moritz and Villars-Ollon in Switzerland, or else in Livigno, Italy. Although these experiences were enriching for him, Pierre is always eager to come back to Courchevel.

It is not by chance that Pierre became a ski instructor. What he likes is sharing his love for mountains to new learners, especially when they start to understand how to ski properly. He particularly likes observing those who carefully start skiing on a blue run, before progressively stepping into a red one, then a black one and even sometimes skiing on an off-piste slope.

Very attentive to his audience, Pierre first assesses the potential and the goals of each of his learners before providing a teaching that would fit their level. Today, he gladly teaches at ESF Courchevel, a ski school that conveys essential values, such as experience and hard-working. Since he started working, he appreciates the simplicity, friendliness and sportive appeal of this resort, which makes it an internationally renowned and high-end ski resort. Incidentally, when Pierre is asked over his favourite slope, he wavers between The Jockeys and La Cave des Creux.

As a real adventurer, Pierre likes roaming around the world, eager to hit new slopes. He particularly enjoys skiing with his customers and friends on diverse mountains in Europe, but also worldwide. For him, these are moments of true happiness.

When not on skis, Pierre practices many other activities. For instance, he had been in charge of a sailing school in a holiday club before starting working in hotels and restaurants. Sea and snow lover, he also practices sailing and troll fishing.

Among his most memorable memories, he especially recalls the day he practiced heli skiing in Western Canada with his customers- Bugaboos, Cariboos, Monashees… An expedition he carried out several times, and which remains his best experience as a ski instructor. 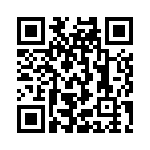