Although retired, Roger still provides skiing lessons. He has been teaching for half a century now. This keen instructor considers that instructing skiing is above all a leisure you have to share.

Originally from Praz, Roger knows the Savoyard slopes very well, since he started hurtling them since his earliest childhood. He especially participated in the opening of Courchevel 1850, in which he has instructed with passion since then. This instructor from the outset had been able to build a remarkable career. But for the moment, he does not wish to hang up his boots.

Specialised in ski touring and off-piste skiing, it is particularly important for Roger to teach younger generations, yet he also appreciates transmitting his expertise to any type of skier. Given his thorough knowledge of the skiing area, this ski instructor leads his customers to the most exceptional slopes while sharing his most unusual anecdotes.

Roger also took part in competitions, since he was rewarded at the Savoie Championships. Retired, he now enjoys pétanque strips in summer, yet he never leaves his skis in winter. 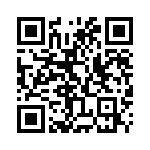